How a Consultant Helped My Business 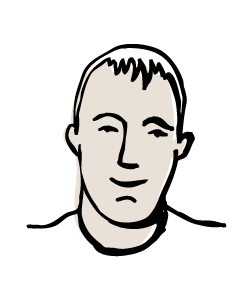 I never understood just how important consultants were until I started my own business. For the first few months, I tried to go it alone. I was overly confident and I didn't think I needed any help. However, I soon realised that I did need extra help. I was talking to my brother one night and he suggested that I call in a couple of consultants who could offer advice and guidance about different areas of my business. I took his advice and I am really glad that I did. The consultants helped me to turn my business into a success.

Is Consulting with A Migration Agent for Your Partner Visa Application Worth the Cost?
15 December 2020

Applying for a partner visa so that you can get th …

Making any move is a huge undertaking. This is esp …

Are you wondering why you keep getting injured eve …

Any business is only as good as its members of sta …

Archaeologists use documents and interviews to learn about a group of people in an area. Much of the historical past lies in mythology, although thorough sifting is necessary to pinpoint the most believable sections. By interviewing the local communities, archaeologists can determine highly concentrated surface collections locations based on what the populace has seen or collected. In turn, archaeologists can have more profound insights into where to excavate, the size of the site and what the site has to offer.

As per the nature of organic materials and human by-products, archaeologists can quickly identify previously inhabitable areas based on elevation and ground texture variations. Aerial surveillance is an ideal tool to identify these ground features comprehensively. Aerial observing from an aeroplane allows archaeologists to quickly locate soil or crop marks, shadows and other numerous features on the terrain, which are practically invisible on the ground level.

A walkover survey involves looking for archaeological artefacts on the prospective site while on the ground. It's advantageous because of its quickness and cost-effectiveness. However, it's pretty sad that what archaeologists see on the surface doesn't always portray what's beneath the ground. For that reason, walkover techniques might miss a lot regarding area coverage. But overall, it has its unique purposes, especially when determining excavation location and size.

This technique involves finding archaeological sites without using your naked eyes. Electrical resistivity is an excellent example of remote reconnaissance but is highly expensive. It involves inserting a couple of metallic poles into the ground and running a current under the surface between them. That allows archaeologists to measure the resistivity of the medium on which the poles are inserted. Generally, stone walls and foundations have higher resistivity than soft soils or underground water pools. Since this technique is pretty expensive, it's only employed on sites that have already been discovered.

These are the four non-intrusive archaeological survey techniques professional archaeologists use to locate potential excavation sites. But with archaeological work becoming increasingly costly, cheap and efficient survey techniques have become more favourable. Methods such as interviews and walkovers are not only cost-effective, but demand less expensive equipment to perform.

Contact an archaeological survey service near you to learn more.